Cards Against Humanity is a party game which is played by players filling in blank statements.

It completely using phrases that are full of mature content, which are printed on the playing cards.

The questions come in black cards and the answers come in white cards. It is called the game for horrible people, and a few minutes playing it will make you want to become a horrible person.

The game is a development of the Apples to Apples card game, which was released some years before the Cards Against Humanity game.

From its release, it has been well received because of its simple theory that has been supported by the game’s humorous and very mature content. 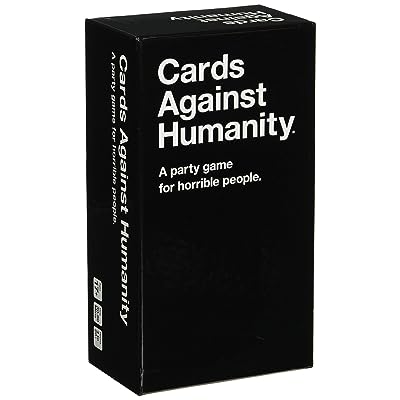 You can get the game as a free download, then you can print the cards. It is available online under the Creative Commons license BY-NC-SA. Look for the phrase, “crimes against humanity”, which is its title reference.

There is also the published hard copy version of the game that you can buy.

Its title basically means that the content is politically incorrect, which is what creates so much fun and excitement for the payers.

The game comes as a base set, which has six separate expansions that are available commercially. You choose the kind of expansion you want to play depending on the features that you prefer.

Here are some of the best expansions that might interest you:

This is one of the most exciting game that your party deserves, and is a welcome leg up from the first expansion.

If you have a group of friends that you occasionally meet up with, it will spice up those evening meetings that bring you together with your friends for some fun and a few drinks as you unwind.

You can expect so much laughter when playing the game as a group and with this expansion, and a face that permanently has a bright red blush. Some of the hot features you get here are: 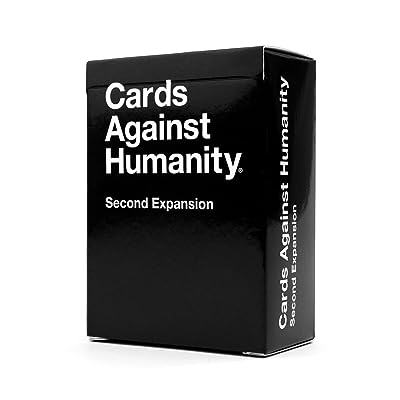 Cards Against Humanity is not the same if you are not able to add some of your jokes to the game, and this is just what you get with the third expansion.

This means that so much fun can be expected from all the players and so much dirty learning as well.

This is the kind of game that can guarantee you total laughter for all your friends, and at the extreme, you may laugh until you pee.

With more added cards, you can expect more offense and this is just what excites players. Here are some of the best features that it comes with: 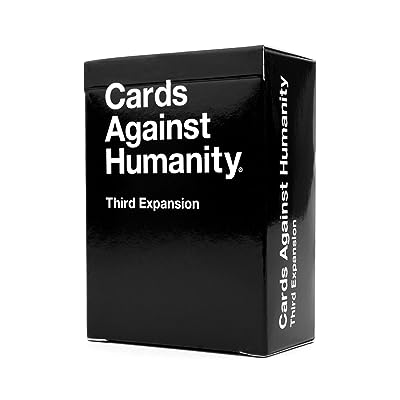 This adds a new level of meaninglessness compared to the previous versions – which is just what you will love about it.

As you play more, the game becomes more exciting and definitely more offensive, which is just part of the fun.

Where before short witted jokes were the norm, now they are much longer and way more graphic than before.

With this expansion, a lot of laughter can be expected, and also a lot of learning of the dirtiest jokes you can imagine.

Some of the hot features that come with this expansion are: 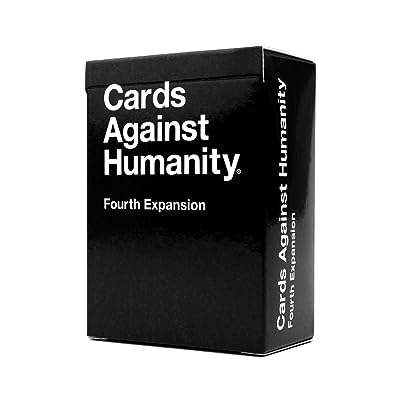 Just when you though it couldn’t get any worse (or better) here comes the fifth expansion that will leave you on the floor, roaring with laughter.

It is much better, more exciting and more involving than the previous expansions.

The cards here have more humor than all the other expansions. This is the game to buy for someone who wants to have the best play of his life with his equally funny friends.

Here are some of the features you can expect here: 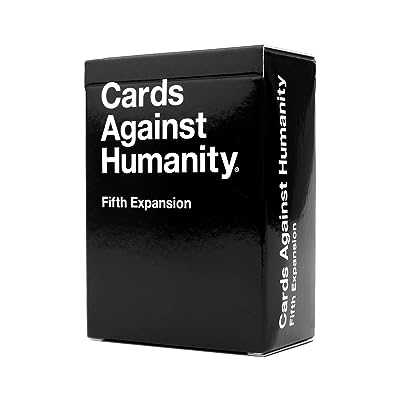 This is the funniest of all the games in Cards Against Humanity. It is original, dirty and just the best to play with friends that wants to experience much more from party games.

There are more Black and White cards in order to spice up the game and to allow players to play a little monger in the end.

If you are playing with a larger group, this will be the best expansion to go for and everyone will have a great time by the end of the game.

Even though the content of the cards is more or less the same as what you get in other expansions, this one as  a lot more to offer especially for someone that enjoys all manner of jokes and thoughts.

Here are some of the features you get here: 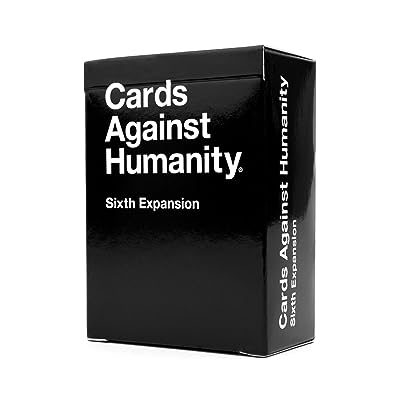 How to play Cards against Humanity

The cards against humanity rules are provided on The Cards Against Humanity website.

There are just a few basic rules to the Cards Against Humanity game:

The Cards Against Humanity house rules:

Players can revise the game as much as they want in order to make it more exciting. Some of the things that are allowed in the game are:

Where to buy Cards Against Humanity

Card against Humanity was released in May 2011 and a month after its release, it was announced as the best game in Amazon.com. The best place to buy Cards Against Humanity is on Amazon. Click the link below to buy it !

With the popularity it has received since its launching, a lot of websites have come up in order to offer people a chance to play their favorite game online, without the need to buy the game. Cards Against Humanity game is so far the most popular funny free game you will get across the glove today.

It doesn’t have an official online version at the moment for those players thatare not interested in the cards against humanity for sale. However, because it has already been registered under Creative Commons, there are creative people who have come up with well-designed online forms of the game. They are perfect and can be played easily just like the original game itself. The only problems that players and experience when playing the game online are the occasional viruses which can make the game rough and hard to enjoy.Such sites are for instance Pyz.socialgamer.net, Cardtrocity and Decks Against Society.

Online players should note that most of these sites might have issues here and there, for instance some of them may lack some of the cards that are available in the expansion packs. This is because they are not the original versions of the game, therefore you can expect some issue which may not be resolved as fast as you would want them to be.

However, you can still play and enjoy the game online if you are not able to get another version of the game.

Cards Against Humanity is a party game that is meant for horrible people. It is not the same as other party games though, because it is awkward, weird and above all more fun than any other game that you have played in the past. It is so far the most popular party game that could interest you and your friends.

The game is supposed to be played by persons at the age of 17 and above, therefore younger players should look for alternative games if they want to enjoy some fun in a similar game. This is in fact not the kind of game that you play with your children, or your folks or even much older people; it can be exciting if all the players are adult people under the same age bracket or a few years younger or older.

To buy cards against humanity, check the game out in Amazon.com. A good collection of Card Against Humanity is sold in Amazon.com. You should be able to directly get the game together with all its expansion sets and also the special editions at a very affordable price.The game is also available as a download as a print and play game.

Many people who have played Card Against Humanity are not able to stop playing it. This should be a good reason for you to start playing if you have not started yet.